How are LED lights energy-saving? 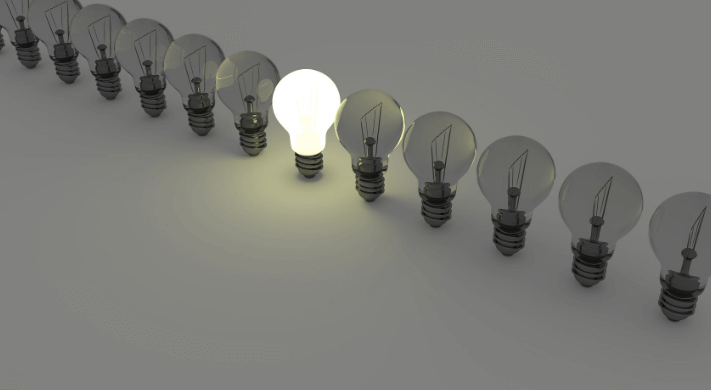 Public interest in LED lights has grown significantly since the 2000s.  The use of LED is more evident today.  You may have noticed this in the schools, office lighting, and even on the subway. Even Google searches related to LED are consistently increasing.

LEDs can be used in a wide variety of applications. You may have encountered LEDs while you are browsing for your lamp purchase. Or you may have seen it advertised on your television. If yes, then you have heard that LED lights are “energy saving.” But how do LED lights work, and how do they save energy?

How does LED work?

LED or Light-emitting diode is a relatively young technology. It was known to be first created in 1927 by a Russian inventor, Oleg Lossev. But it wasn’t until 1962 when Nick Holonyak invented the first LED that produced a visible light. So if you want someone to thank for LED lights, Nick is the one to thank for. (He is known as the Father of LED Lighting. Imagine that!)

LED beads are small. Some are about the size of barley seed. But contrary to its size, it is capable of emitting light in a principle is called electroluminescence. Electroluminescence happens when light is produced using electricity.

When an external voltage is applied to the semiconductors inside the LEDs, a current is generated. When the current passes, the semiconductors emit light particles called photons. The emission of photons makes LEDs a small yet efficient light source (Mike Wood, 2009).

That’s right. And LEDs that are available in the market today use a DC power supply. Also, current technology allows converting the AC power (the power directly from the sockets) into a DC voltage to light an LED. It takes only as small as 2-3V to light an individual LED. It also depends on the color. Red LEDs take about 1.7–2.0 volts. Meanwhile, a blue one has a voltage drop of 3.0-3.3 volts.

<So, does that mean I can use AA batteries to run an LED light?>

That is true. Batteries such as AA or AAA have a voltage capacity of about 1.5V. Using two batteries in a series is enough to light an LED. But this application is usually for torches or small flashlights.

<Can I power my house using just battery-powered LED lights?>

Of course, you can. But as stated, each LED needs about 3V to light up. And using one LED is not enough to power large surfaces such as your entire bedroom or living room. You have to use a lot of LEDs. Consequently, you have to link all of your LEDs to a battery pack. This may not seem like a good option. You might have a lot of wires running around your entire house.

Also, using batteries or dry cells is not sustainable. You would have to change it every once in a while. An AAA battery, for example, lasts for only about 18-24 hours of continuous use. And this is not what we want. We want to exploit LED to save both energy and cost.

Here’s how LED saves energy (and save your pockets as well!).

How is LED energy-saving?

LED bulbs that we use nowadays consume only 2-17 watts of electricity. That is about 30% savings compared to incandescent and about 3% savings from fluorescents. With this minimal electric consumption, it could extend battery life. It is 10 to 15 times longer than when using incandescent bulbs.

<I use incandescent bulbs. Why switch to LEDs?>

Incandescent bulbs have been on the market long before LEDs are commercialized. Incandescent lights use a filament that glows when electricity passes. This filament is usually made of tungsten and reaches temperatures of up to 3000K when glowing. That is more than half as hot as the surface of the sun!

But an incandescent bulb only converts 5% of its energy into visible light. The rest is converted to heat. LED lights, on the other hand, have an efficiency of 40%-50%.  This means LEDs use much less energy to produce the same luminosity as incandescent.

In using LEDs, you can save as high as 75% of energy consumption in the long run (Khan, N., & Abas, N., 2011). Overall, the operational cost of incandescent bulbs is 7 times higher than using LEDs.

This is one of the reasons why incandescent bulbs are not suitable for long-time household and commercial lighting.

<Uhmmm… how about fluorescent lights? They are cheaper than LEDs, right?>

Compared to incandescent bulbs, fluorescent lights are more efficient. It has an efficacy of an average of 80 lm/W. But LEDs today compete with this efficacy, averaging 90 lm/W and reaching as high as 180 lm/W. The efficacy of a light bulb describes how bright it can be for every unit of power it draws.

In a 2014 comparison study between the environmental impacts of LEDs and Compact Fluorescent Lights (CFLs), the study revealed that the Global Warming Potential (GWP) of CFLs is higher than LEDs. In its entire life, CFLs produce twice as many kilograms of carbon dioxide compared with LEDs. Khan & Abas (2011) also showed that the operational cost of fluorescent lights is 1.62 times greater than that of LEDs. Using LEDs over fluorescent lights saves a household up to 15% of its electricity consumption in its lifetime.

Furthermore, the study showed that reduction in energy consumption by using LED results in a 41%-50% decrease in mercury emission. The recycling and production of CFLs and LEDs may use the same amount of energy. But, the use of LEDs is cleaner and greener.

LEDs also provide lower Cumulative Energy Demand (CED). This means LEDs consume less electricity in their lifetime compared to the use of CFLs (Principi, P., & Fioretti, R., 2014). Thus, using LEDs instead of CFLs is not only energy-saving but environmentally pleasing as well. Fluorescent lights might seem cheap but the environmental impact is a price to pay.

<Wow, LEDs are the best! I want to know more about LEDs…>

From 2009-2012 Europe has campaigned to switch from incandescent to LEDs to save energy. The switch is projected to save 39 Terrawatt-hours of light annually.

Khan & Abas (2011) also recommends the use of LED over incandescent and fluorescent lights. They also urge the government and commercial buildings to consider the use of LEDs.

A Japanese paper stated that the use of LED saves an equivalent 630 thousand kilos of crude oil annually. This is approximately equal to 2.59 billion kWh energy conservation, saving about 50.5 billion yen in annual electricity cost in 2010.

The paper also showed the steep slope in the increase of luminous efficacy (lm/W) of LED. From less than 10 lm/W in the early 2000s to as high as 100 lm/W in 2010. (It took fluorescent lamps about 70 years to reach the same efficacy). The paper further shows how the cost of LED technology becomes more affordable over time.

The Ministry of Economy, Trade, and Industry or the METI in Japan reported in 2011 that the replacement of incandescent bulbs with LED reduces 83.41% of electricity consumption. A switch from fluorescent to LED, on the other hand, saves 25.35% of electricity.

A 2018 study showed that the group of people that used pro-environmental incentive LED saved up to 5% of their monthly electricity consumption. Also, the study presented that the use of LED lamps alternative to 5 halogen lamps saves up to 163 kilowatt-hours.

Another study in 2020 has shown that when a household starts the LEDization process, the savings is at 1.96%. Once the LEDization is complete, savings could rise to 6.99%.

We all want to get the most out of our money. And ever since we have seen those ads about LEDs being cost-efficient, we all want proof. Here, we laid down the facts that we have gathered. And numbers don’t lie – LEDs are not just cost-efficient; it is energy-saving and environmentally good.

Making the switch from your present lighting systems to LEDs is not an easy task. But once you have set your goal to pursue LEDization, it is a worthy investment. LEDs may seem pricey at first but in the long run, they will pay off.